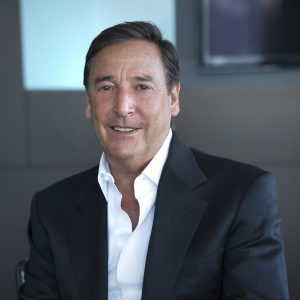 A New Way to Connect: Pivoting Through Rituals with Horizon Media Founder and CEO Bill Koenigsberg

Thirty years ago when Bill Koenigsberg started his company, Horizon Media, the largest privately owned media agency in the world, most of his peers were trying to keep business matters separate from personal life. But Bill set out to create a culture that would attract people who would want to be personally invested in building something special with him. But since Bill had a 30-year head start, when everything shut down from Covid, his decades of building a people-focused culture helped them pivot quickly. Listen to hear all about how they’ve adapted old rituals, like switching Bill’s handwritten anniversary notes to anniversary Zoom calls, and created new ones, like the Bill Daily, weekly cooking classes, and reading time for the children of employees. If there’s one thing that rings true, now more than ever, it’s Bill’s motto—“Business is Personal.”

5:04 – “When I started my company, I didn’t have very much money. And I felt that if I could built a culture to attract talent and make employees feel that they had a seat right next to me, I could actually build something pretty special.”

8:05 – “Early on, I would send a personal anniversary note to people, a hand- written note…Now 30 years later I am sending 2500-2700 personal anniversary notes. Every single day they go out because someone is celebrating an anniversary every single day. And obviously with Covid, I can’t write something personal because we’re not in the office, so I decided when we went out on Covid six months ago to do an anniversary call everyday…so I found a new way to connect and bring ‘business is personal’ to life by having those conversations with them. And that’s been great.”

14:48 – “These early days [of Covid] were really, really dark. Our clients were in trouble, the economy was shut down, we didn’t know if we were going to get paid, all my employees were worried about their jobs, were they going to have jobs? So I decided to start to leave them an evening thought of inspiration, something to look forward to, some hope. And when I did that, I started getting emails back from my employees…the next day I did another one, and that’s how the Bill Daily started.”