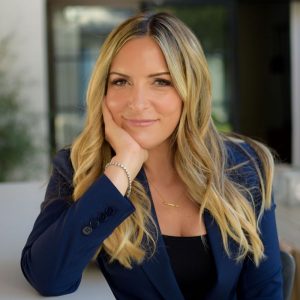 BONUS EPISODE: The Value of a Woman’s Hour: How COVID has shaped women’s lives and rituals with Eve Rodsky

On the season finale of Season Two: The Rituals Edition, Erica has an incredible guest—keynote speaker, New York Times bestselling author, and equality evangelist, Eve Rodsky. Shaped by a difficult upbringing with a single mother in New York City, Eve learned important lessons early on around resilience, responsibility, and care. In this episode, you’ll hear about her first ritual—going to a march related to social justice every year on her birthday with her mother, as well as her current ritual—a nightly communication check-in with her husband. Eve has dedicated her life to equality, including by helping partners divide domestic responsibilities more equitably and by helping organizations get to a place of equality and psychological safety. Eve and Erica also discuss this inflection point in history: where either Covid will push mothers out of the workforce, or as a society we’ll rise up to make a new, more equitable future of work where women aren’t penalized for having dependents. Don’t miss this important conversation. ANNOUNCEMENT!!: Erica’s second book, Rituals Roadmap: The Human Way to Transform Everyday Routines into Workplace Magic is available NOW! Grab your copy wherever books are sold.

“What [the research] shows is that, when you communicate more consistently, there is psychological safety and connection there. It is a ritual. And rituals allow you to do things that maybe if it’s a one-off wouldn’t. It allows you to bring up hard conversations and to say, ‘You know what this isn’t working, but I know I can come back to this tomorrow night.’ And that’s what that communication ritual does for Seth and me. We say, ‘You know what, we’re going to table this. Let’s come back when emotion is low and cognition is high.’”

“The leaders we talk to and how much they recognize that being a whole human being is actually better for their company and better for society.”