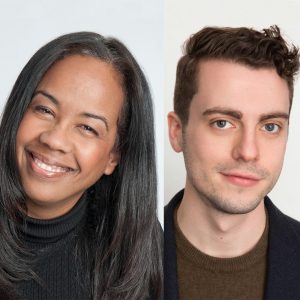 How do we shift society as a whole towards more diversity and inclusion? It starts with the people and brands defining culture itself—“the icons, visionaries, renowned experts, award-winners, champions, leading brands and institutions.” And nowhere do they influence culture more than at Endeavor, a company that represents this top tier talent in sports, entertainment, fashion, live events, and media. On this episode, Erica spoke with Alicin Williamson, Chief Inclusion Officer, and Nicholas Griggs-Drane, Director of Diversity and Inclusion at Endeavor. Alicin and Nicholas help build D&I into the fabric of Endeavor, and thus the culture at large. In this episode Alicin and Nicholas discuss how to make sure everyone can show up as their full selves, using science and stories about underrepresented groups to shift the conversation, how to onboard with D&I baked in, and why putting diversity and inclusion first is a competitive advantage. This episode is an absolute must-listen for anyone in HR and people functions.

“You can’t talk about growth mindset without talking about inclusion.”

“One of the ways I think about this is defragmentation of power. There is more agency that individuals have and are thinking about as they figure out how they spend their time, and what they’re willing to have happen and do. And, frankly, underrepresented people—people of color, LGBTQ+, women—have a lower tolerance for having to navigate around the delicate egos that we have had to forever.”

“The notion of diversity often ends as soon as you say yes. ‘We’re so excited to have you. You’re reflective of these voices that we’re interested in having and we don’t have.’ And then you show up, and you’re expected to assimilate. So it’s really important for the hiring managers and the onboarding team to remember—we’re not actually indoctrinating anymore. That’s not what the business is. We want them—these voices, whoever it is. They’re going to set us on this path to the future. Make sure that we give them the tools and the support to do that.”

“What does it mean to be an employee at one of our businesses, right? At a specific vertical? What does that mean when you’re in a hybrid model? How do you get that engagement so people feel seen and that we’re meeting them where they’re at in this half-virtual world still, no matter how much we want it to be fully in person. We have to adjust, and it is a competitive advantage when we do. And specifically with underrepresented people. The marketplace is hot.”

“We have this conversation all the time—you can recruit underrepresented people all you want, right? But if they’re not set up for success on day 1, 2, 3 through their 90 day entry point, they will walk out the door, and they have every right to walk out the door because they were failed.

“There’s all these pieces of making people feel a part of the organization  in a way that’s authentic—we should do this for everyone—but if you as a people manager have that ability, and then you can systemically build that into your practice…I think it’s understanding that onboarding people takes work. And people notice it if you don’t. And then they will go to the next person who cares about their time and their energy and their expertise or their career that they’re putting in your hands.”